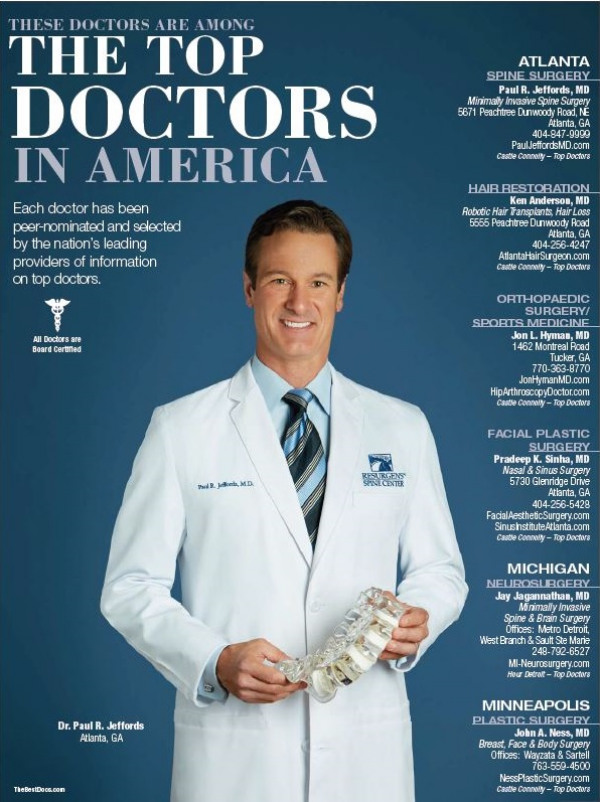 Dr. Paul Jeffords is an expert in adult spinal disorders who is at the cutting edge of technologies that improves the lives of thousands of patients suffering from back pain, neck pain, herniated discs, stenosis and sciatica. Dr. Jeffords, a board-certified and fellowship-trained orthopaedic spine surgeon, has been in practice in Atlanta with Resurgens Orthopaedics—Georgia’s largest orthopaedic practice – since 2005.

Dr. Jeffords has a degree in biomedical engineering and is involved in the research and development of spinal implants and devices.

He serves as an advisory consultant to several medical device and biotechnology companies. Dr. Jeffords is section chief of the Department of Orthopaedic Surgery at Saint Joseph’s Hospital of Atlanta which has been ranked among the top ten percent in the nation for overall orthopedic care according to a comprehensive study released by HealthGrades. In 2006, U.S. News & World Report named Saint Joseph's one of the top 50 Orthopaedic hospitals in the nation for the second consecutive year. 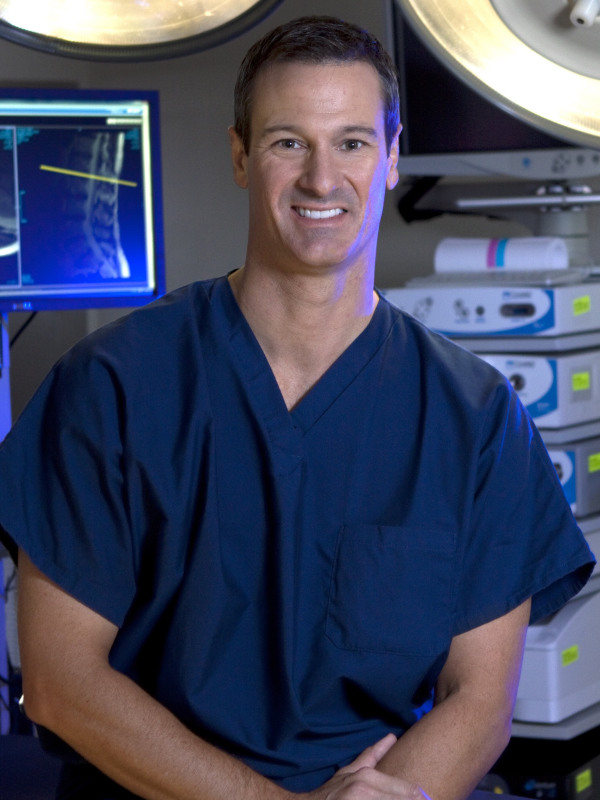 He attended medical school at Tulane University and completed his residency in orthopaedic surgery at Emory University in Atlanta. While at Emory, Dr. Jeffords was awarded the Georgia Orthopaedic Society's Thomas E. Whitesides, MD Award. He was also awarded the Emory University Dept. of Orthopaedics Robert E. Kelly Society Award for Clinical Research. Dr. Jeffords then received additional fellowship training in adult spine surgery at the Texas Back Institute in Plano, Texas.

Dr. Jeffords enjoys spending most of his personal time with his wife and young daughter. He is a member of Perimeter Church and enjoys golf, tennis, and travel. He is fan of UGA athletics, where his father, Ray Jeffords, was a second-team All-SEC basketball player who was later drafted by the Atlanta Falcons.