After dropping out of the road to the Olympics because of a spinal fracture, Milton skater and U.S. National ice dancer, Brittany Marshall, watched the Vancouver Games with mixed emotions following spine surgery at Resurgens Orthopaedics.

Injured during the U.S. National competition in 2009, 19-year-old Marshall followed skating at the Games from her home in Milton “with very mixed emotions” knowing that she might have been in the competition. She and her ice-dancing partner qualified for the U.S. National team prior to her injury.

“It was an unbelievable year. The skaters at this year’s Olympics are stronger than in the past and they pushed the envelope on what’s possible.”

Only three months after her October 2009 surgery, her surgeon, Dr. Paul Jeffords of Resurgens, allowed her to start skating again. “It was supposed to be a six-month recovery, but I had an MRI 12 weeks to the day after my surgery and my back was completely healed,” she said.

Dr. Jeffords said Marshall suffered stress fractures at her L5 vertebra. Because of her youth and because the bone had not slipped forward, she was able to have surgery to repair the fractures without having to fuse two vertebra together.

“This minimally-invasive procedure allowed the fractured bones to grow back together,” he said. Dr. Jeffords expects that she will have a full recovery and will be able to return to the same level of activity she enjoyed before her injury.

Prior to her surgery, Marshall was in so much pain she couldn’t sleep without pain medication. Now, she said, “I know it’s a cliché, but really, I have no pain at all. None.”

During the Vancouver Games, Marshall was home in Milton doing physical therapy two or three times a day, skating for a brief period of time, working out off the ice, and ballroom dancing.

Following her injury, Marshall’s partner retired from skating and went back to college full time. She’s currently looking for a new partner and hoping to skate competitively again.

“My goal is to compete in another national event and to coach someday,” she said.

Marshall started skating at age nine when she asked for lessons after she was invited to birthday parties at the ice rink in her community. “I was nervous to go to a party when I didn’t know how to skate, so my mother signed me up for a six-week class, and I never left,” she said.

Marshall and her former partner skated for two years at the Lake Placid, N.Y. skating center. Her home rink is The Cooler in Alpharetta near North Point Mall.

“It was supposed to be a six-month recovery, but I had an MRI 12 weeks to the day after my surgery and my back was completely healed.” 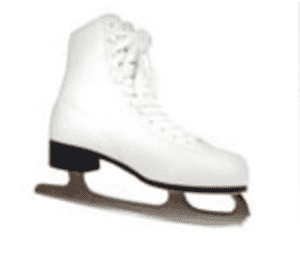